Do we know our mind?

Post in Healthcare, Our Blog
by IAIM
Comments Off on Do we know our mind? 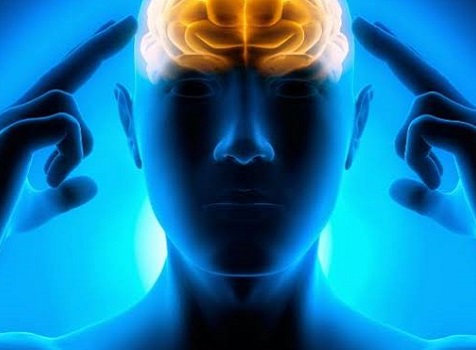 One experiences mental activity every moment, in the form of continuous flow of thoughts, emotions, attitudes and abilities (vrittis), yet despite this intimacy with mental forms and processes, it appears that one does not know what is mind. We sense our ignorance of mind because for most of us, the mind is not under our control. We cannot control our thoughts and feelings that maybe fearful, unpleasant, we cannot control anger, anxiety, and even peaceful moments seem to happen by themselves

There is also huge knowledge confusion about the nature of the mind across cultures. Neurobiologists find no reason to distinguish between the brain and mind. Biologists view all mental states as configuration of neurons in different parts of the brain and the nervous system. In Yoga and Ayurveda on the other hand, while the brain (mastishka) is recognized, the mind is experienced to be distinct from the brain and can moreover (through yoga training), for short periods of time be separated from the bio-physical form. 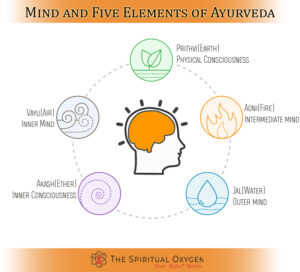 The self-regulation strategy for mental health of laypersons is referred to in Ayurveda as Aachara Rasayana. This involves a range of health inducing conducts that can be easily prescribed but are not easy to achieve as it requires training or initiation and self-discipline. Physical health can be enhanced through individualized yoga. Mental equilibrium can be achieved by the absence of anger, envy, greed and lust towards fellow humans and positive outlook towards all animate and inanimate nature. Healthy social conduct implies tolerance for other’s views, sensitivity to others beliefs, feelings, helpfulness to neighbours and colleagues, non-indulgence in drugs, speaking truth and abstinence from intoxication. This list also includes maintaining personal hygiene, regular sleep, wholesome individualized diet, special forms of chanting and control over sense organs.

It is evident from Ayurveda text Charaka Samhita (1500 BC) that the mind is seen to be a subtle meta-physical entity (vayu-akash tatwa pradhan). It recognizes that the mind is influenced by food, thoughts and emotions and quite significantly by breath (pranayama), dhyana meditations and sound vibrations.  The Ayurvedic understanding of the mind is almost wholly in relation to its subtle form. According to an early Ayurvedic text; the Bhel Samhita, the mind is like a sixth sense organ which controls the other five sense organs (Sarvendriya Param).  While it is understood that the sensory, memory and cognitive centres of the mind are located in the brain (mastishka), Ayurveda however has no understanding of the complexity of neural circuits in the brain corresponding to modern neurobiology.  Although Ayurveda pioneered surgery, it has no longer any competence in brain surgery and of course, no knowledge of imaging technologies to detect and correct structural changes in the brain.

The core knowledge of mind in Ayurveda is limited to understanding its subtle form and its interesting classification of mental states in three psychiatric categories viz., sattwa, rajas and tamas. Ayurveda specializes in correction of nervous and psychiatric disturbances diagnosed in terms of imbalances of the systemic functions (the doshas). When vata is disturbed, the mind experiences typical symptoms like anxiety, fear, hallucinations, delusions and psychosis of schizophrenia and manic depression.   The pitta related mental symptoms are marked by episodes of aggression, violence, irritability and anger.  The kapha related mental imbalances are least disturbing and are generally marked by withdrawal, apathy, laziness and inertia. 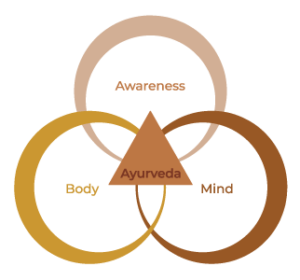 Ayurveda drugs work in complex ways. For example in a well-designed animal experimental model, the root of Ashwaganda herb was found to clear amyloid beta plaques (occur in Alzheimer’s) by acting at liver and increasing the levels of low-density lipoprotein receptor-related protein (LRP) and the soluble form of plasma LRP (sLRP), indicating the complex way in which the biological system processes Ashwagandha to clear plaques in the brain.

One can observe from clinical experiences in Ayurveda hospitals, that the synergistic application of Ayurveda and Yoga yield reasonable success rates in the management of chronic neurological conditions like strokes, Parkinson’s, palsies, epilepsy, depression and sleep disorders based on systemic diagnosis of the neurological system with fewer or no side effects.

Moreover, apart from disease management, both Ayurveda and Yoga have the capacity to enhance mental health by improving memory, cognition, self-esteem, self-control and positive energy to improve quality of life. 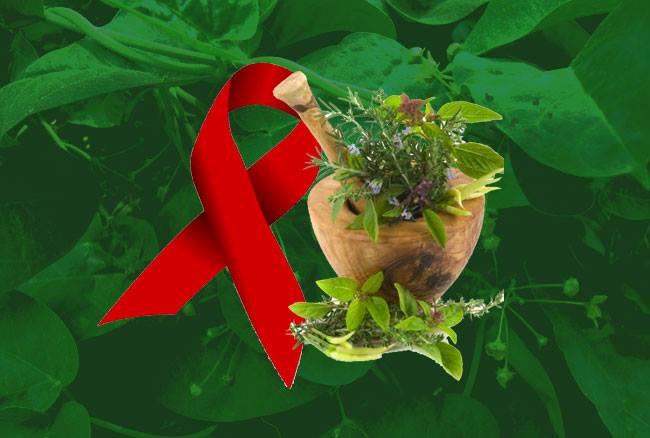 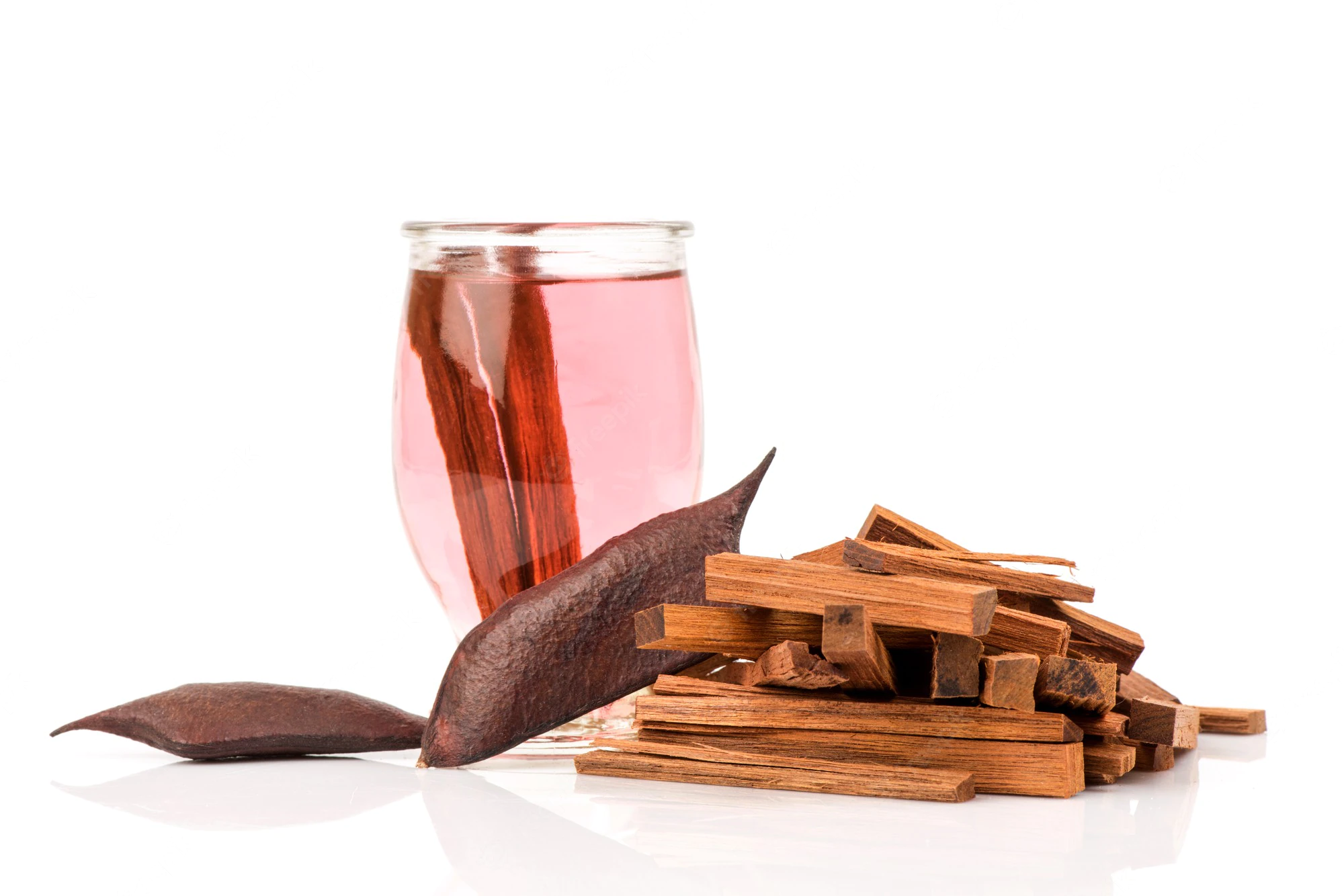 Posted 29.11.2022 04:17 by IAIM
While visiting Kerala’s beautiful backwaters of Allepy in a houseboat, one will get to see the mesmerising... 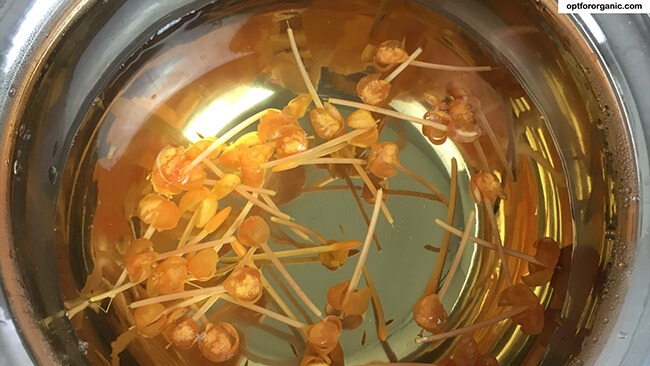 Posted 14.09.2022 04:13 by IAIM
Jungle Geranium or Ixora coccinea is one of the most popular flowering plants of gardens and landscapes....