Insights on Health from Bhagavad Gita 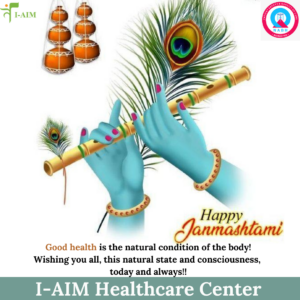 “You are what you eat” is an old saying. This is based on a teaching from our shastras including Yoga Sutras of Patanjali, Bhagwad Gita, and the various Upanishads. To acquire health and happiness, one needs to live a balanced life. This typically comes from Bhagwad Gita chapter 6 shloka 17 where Krishna says to Arjuna “Yukaharaviharasya yuktachestasya karmasu. Yuktasvapnavabodhasya yoga bhavati duhkhaha”.

It means “the one, whose diet and movements are balanced, whose actions are proper., whose hours of sleeping and waking up are regular, and who follows the path of meditation, is the destroyer of pain or unhappiness”. The message is relevant even today, validated by modern scientific research and analysis of data.

Moderation and variety are the mantra of the present-day concept of dieticians. Moderation in diet, as well as moderation in thinking, recreation and actions is the secret to healthy living. Lord Krishna further clarifies this in Bhagavad Gita (chapter 6 shloka 16) by saying that, eating too much food or starving, and sleeping too much or remaining awake all the time is not health friendly. Such people cannot concentrate or do sadhana.

The Bhagwad Gita also explains how to eat: “while eating, one should concentrate only on eating as the food is served to one’s consciousness” (9.27). Lord Krishna says that even eating leaves, fruits, and water suffice to keep us healthy”.

During the last minutes of life, a person’s mind remains under the influence of his/ her dominant attributes and this determines our next birth. People who die with dominant satva guna, take rebirth as people who are pure in their mind (14.14). On the contrary, dying people with predominant rajas guna will be reborn in families devoted to action, and if a person’s soul departs when the tamas guna is growing, the soul takes rebirth in people who are stupid.

Akin to Ayurvedic texts, even Bhagavad Gita elaborates on four types of food, which are consumed by human beings: they are the foods, which are either eaten, sucked, drunk or licked. They all lead to the increase of ‘Agni’ or digestive fire, which is dependent on prana vayu and apana vayu. The functioning of this digestive fire is dependent on one’s consciousness.

Remember, we should not eat just to gratify our tongues; rather, we should eat to have strength and vitality. This is a very important factor in maintaining health. And the foods that give the most vitality are those which may be eaten in natural form, such as fruits and vegetables prepared in salads or lightly steamed. (It is best to eat sparingly of fried foods and sweets.) By dieting, according to Bhagavad Gita, we can best appreciate the purpose of eating.

Good health results naturally when we live and eat in a regulated, spiritual lifestyle.